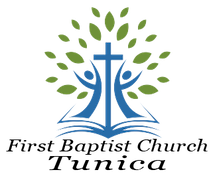 The name “Shepherd’s Staff” is based upon Phillip Keller’s writing from “A Shepherd Looks At Psalm 23”: There are three areas of sheep managment in which the staff plays a most significant role. The first of these lies in drawing sheep together into an intimate relationship. The shepherd will use his staff to gently lift a newborn lamb and bring it to its mother if they become parted. He does this because he does not wish to have the ewe reject her offspring if it bears the odor of his hands upon it.

…the staff is used by the shepherd to reach out and catch individual sheep, young or old, and draw them close to himself for intimate examination. The staff is very useful this way for the shy and timid sheep normally tend to keep at a distance from the shepherd.

The staff is also used for guiding sheep. Again and again I have seen a shepherd use his staff to guide his sheep gently into a new path or through some gate or along dangerous, difficult routes. He does not use it actually to beat the beast. Rather, the tip of the long slender stick is laid gently against the animal’s side and the pressure applied guides the sheep in the way the owner wants it to go. Thus the sheep is reassured of its proper path.